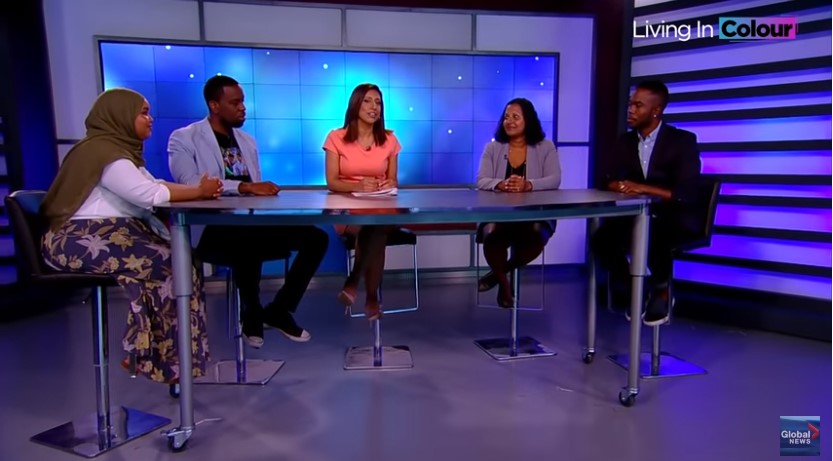 It’s been a tough week of news.

In the U.S., protests and riots were widespread after the death of George Floyd, an unarmed Black man who lost his life in the hands of police in Minneapolis.

On the same day, a Black bird watcher named Christian Cooper in New York City went viral after a white woman named Amy Cooper (no relation) called the police on him, addressing him as a threatening African-American. In the video, Christian Cooper remained calm and collected.

And at home, advocates are demanding accountability, after a Black woman in Toronto died after falling from a balcony following local police responding to a call in her home.

When you’re Black, seeing images and videos of violence against other Black people over and over again, through social media feeds and screens, can be damaging to your mental health, says Renee Raymond, a registered psychotherapist based in Toronto.

“The Black community continues to face microaggressions and overt racism over the course of their lives,” she told Global News.

“When you add what continues and has transpired recently in the United States, it’s a harrowing reminder that class, education, even doing harmless activities like taking a walk or sleeping in your own bed cannot protect you from harm.

Raymond says for those who fear being around members of the police or other communities themselves, it’s important to share how you’re feeling with those you trust.

“I would encourage members of the Black community to find someone they trust such as a friend or family member, to share their fears and feelings with,” she said.

“Having these conversations can remind us that they’re not alone in this experience. Remind yourself through affirmations that your life has meaning, and take time to reflect on how this is true.”

She adds understanding one’s history and cultural journey is another way to also remind members of the Black community that their lives matter.

“They do not need to accept that the racism as something which is normal.”

Paul Bailey, president of the Black Health Alliance, a community-led charity focused on the well-being of Black Canadians, adds it’s not just about videos coming up online from time to time. This past week only amplified what some Black people have always lived with.

“This is an everyday experience for people,” he said.

Bailey says racial trauma occurs when people see the same images over and over again. Whether on phone screens or social media pages, Black people who experience this trauma can also develop stress and anxiety.

“(It’s also the) fear that comes along with (it) … you can be next or your friend can be next. It takes a toll emotionally; it’s not just seeing the video.”

Raymond says non-Black people also need to have honest conversations around this trauma when Black Canadians are speaking up about it. As allies, non-Black people should respond with compassion and action.

She says the riots and protests are a result of “expressing trauma.”

“The Black community has had conversations, conferences, knelt, stood up, sang, rapped, silently protested at sporting events, rioted, protested, and cried out to their mothers and fathers to express their trauma,” she said.

“Instead of politicizing and making qualifiers for people to express their trauma, space needs to be made to listen with compassion and actions to address the trauma (in the public space) need to follow.”

Past studies have shown police killings and brutality can have a huge impact on a Black person’s mental health. A 2018 study published in the AMA Network Open found exposure to police violence was linked to an increased chance of mental health issues like psychological distress and suicidal thoughts.

And for anyone who is having a hard time in the last few weeks processing this news, Raymond says there’s a fine line between needing to be informed and taking a break from it.

“It is important to set aside some time to get caught up with what’s happening, but also ensure that you’re creating equal time to take care of yourself and disengage,” she said.

“Engaging in discussion can take place offline in formats such as town halls and with smaller community groups as well.”

How do non-Black Canadians support the community?

Raymond says at a time like this, non-Black Canadians may not know how to support their Black friends, family members or colleagues.

“We can only understand someone’s story so much, and that includes understanding the hurt and trauma that the Black community is facing,” she said.

“If you’re speaking to your Black colleagues, friends, and spouses, listen to what they’re saying rather than qualifying their experience based on your own.”

Non-Black Canadians are integral allies in the fight against racism,” she said.

“As anti-racist activist, Jane Elliott asked, ‘Would you be happy to receive the same treatment that our Black citizens do in this society?’ If your answer is no, then it may be time to reflect on whether you are helping/ not helping to change that.”

— With reporting files from Olivia Bowden

Watch: Lydia Joi on GLOBAL NEWS — The impact of anti-Black racism on health 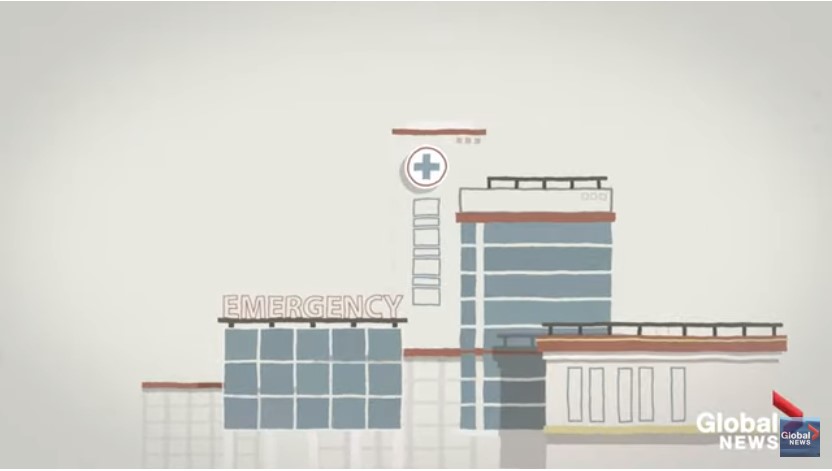 Black neighbourhoods in Toronto are hit hardest by COVID-19 — and it’s ‘anchored in racism’: experts